Source: Tokyo Institute of Technology
For immediate release: 7 May 2019 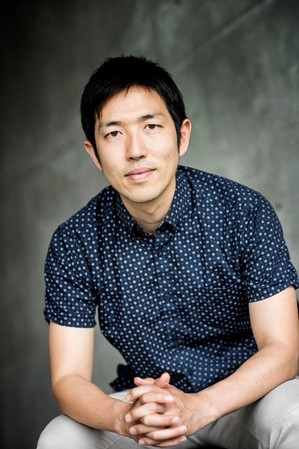 Kosuke Fujishima hopes to work together with young researchers, including students and post-docs through the award.
Credit: Nerissa Escanlar, ELSI

Professors Kosuke Fujishima of the Earth-Life Science Institute at Tokyo Institute of Technology, Stephen Fried of the Department of Chemistry at Johns Hopkins University in the US and Klara Hlouchova of the Department of Biochemistry of Charles University in the Czech Republic were awarded a prestigious and highly competitive Young Investigator Award from the International Human Frontier Science Program Organization. The awards are specifically meant to allow teams to bring their different expertise to bear on a common goal.

The award for their proposal, entitled "Exploration of the structure/function space of prebiotic to biological proteins," will enable them to collaboratively explore how proteins function using fewer amino acids than the 20 currently used in all life on Earth, as well as how proteins function using amino acids that are not currently used by biology at all. They hope this will allow them to discover new types of protein activities, and gain insight as to how life evolved early in Earth history.

The Human Frontier Science Program is an international program of research support implemented by the International Human Frontier Science Program Organization (HFSPO) based in Strasbourg, France. Its aims are to promote intercontinental collaboration and training in cutting-edge, interdisciplinary research focused on the life sciences. HFSPO receives financial support from the governments or research councils of Australia, Canada, France, Germany, India, Italy, Japan, Republic of Korea, New Zealand, Norway, Singapore, Switzerland, UK, USA, as well as from the European Union.

HFSP's collaborative Research Grants are given for a broad range of projects under the umbrella theme "Complex mechanisms of living organisms". The program funds only cutting-edge, risky projects and is currently one of the only international programs that fund teams of scientists globally "without borders." HFSP program grants appeal to the innovative and creative potential of the research teams.

The HFSP Young Investigator Grants are for applicants within 5 years of establishing their independent research group and no more than 10 years from their doctoral degree. The lists of all 2019 HFSP awards can be seen at
http://www.hfsp.org/achievements/awards

The HFSPO Board of Trustees approved the award of ~117 million JPY over a period of three years for the collaborative team. The winning teams of the 2019 competition went through a rigorous year-long selection process in a global competition that involving scientists from more than 60 different countries. Fujishima's team's application was selected as one of the 9 awards made from 23 full applications received for Young Investigators' Grants, from an initial total of 160 letters of intent.

Professor Fujishima is visibly pleased. "This was my first international proposal, and as a young investigator, I am extremely honoured to receive this award. We are really looking forward to working together and opening doors for more young students and researchers sharing similar interest in the early protein evolution. Besides the science itself, we're also really excited to be able to build international connections."