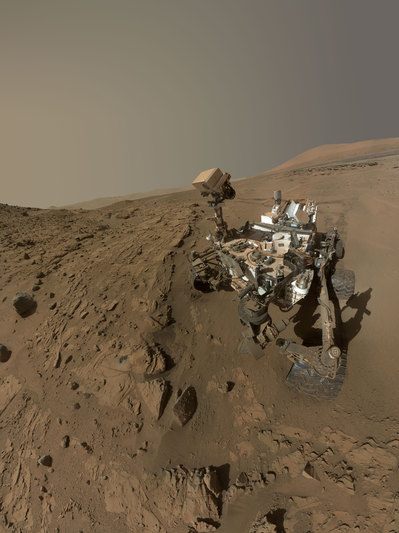 ● Molecular oxygen (O2) is a key molecule in the habitability of Mars because it can both provide life with energy and be generated by life (i.e., photosynthesis) on Earth.
● The experimental results suggest that the Mn oxides on Mars found by NASA's Mars rovers are highly oxidizing manganese dioxide (MnO2), requiring high levels of O2 at that time.
● The atmospheric O2 would have been comparable to that of Earth's atmosphere after the emergence of O2-producing photosynthesis.

NASA's Mars rovers Curiosity and Opportunity found manganese (Mn)-rich veins with trace metal enrichments within ancient sediments on early Mars. Although the previous studies showed that the Mn enrichments were caused by deposition of Mn oxides within ancient groundwater, the redox states of the aqueous environments are poorly constrained.

From the laboratory experiments that the Mn oxides found on Mars are manganese dioxide, which explains the enrichments of trace metals and suggests there were highly oxidizing aqueous environments on early Mars. To form MnO2, atmospheric O2 levels would need to be as high as those of early Earth's atmosphere after the rise of O2 due to O2-producung photosynthesis. The atmospheric O2 might have been important for the habitability of early Mars since it can provide chemical energy to chemoautotrophic life.