PRESTO, also known as "Sakigake" in Japanese, is a competitive grant program aimed at promoting fundamental research in areas where, based on scientific and technological reasons, a strategic focus has been placed on social and economic innovative necessities that keep the country globally competitive. The grant is awarded to individual researchers who show promising ideas for future innovations that have a high potential to lead to the development of scientific technology and the creation of new industries.

The aim of Kuruma's selected research is to construct an artificial cell containing minimal essential genes that drive the life phenomenon of cell. Cells are sustained by driving various metabolic functions such as genome replication, gene expression, lipid biosynthesis, energy production, etc. Since these are well conserved in all types of cells, it is thought that the simplest artificial cell needs to express the genes responsible to produce the minimal essential metabolism. In this project, a mini-genome containing the gene for lipid synthesis or genome replication will be constructed and introduced into the artificial cell system, which eventually gains the ability of self-reproduction. Kuruma has constructed several cell functions, especially cell membrane functions, using the technologies of the cell-free protein synthesis system and lipid vesicles. Through this research project, Kuruma aims to answer the question as to whether we can artificially create the phenomenon of life by combining molecules, and investigates what universal principle is to be found there.
The study of artificial cells is important research leading to the elucidation of the origin of life: the mission of ELSI. This allows us to retrace the path of simple molecules as they became primitive cells by increasing their structural and functional complexity through polymerization and self-organization. 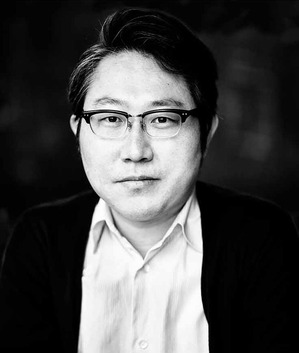