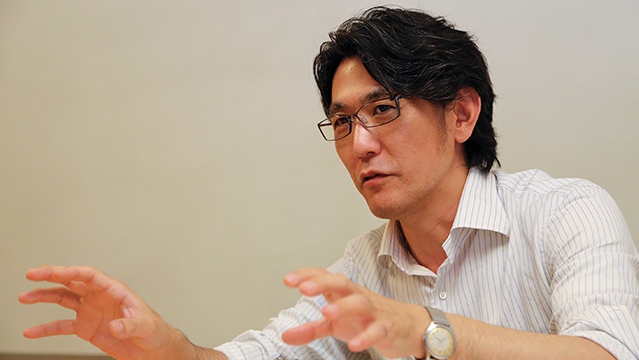 Fusion of Life and Information: Approaching to Ancient Time to Change the Future

"Metagenomics" for decoding every microorganism 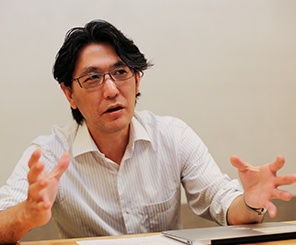 After spending his youth fascinated with astronomy, he had majored geology until master's course. And now, he is on the frontier of bioinformatics. What drives Kurokawa has been always his curiosity to an unknown field.

"I had been working on field works and computer simulations on the theme of volcanic eruption until master's course at Tohoku University. However, once my researches were completed to some extent, I felt a strong impulse to apply the simulation algorisms I made in the past to something else. Though I'm still not good at biology, I thought I could apply them to environmental science if it can be used for analysis of microorganism. It was quite impossible for me to wait (laughter)."

Being unable to resist the impulse, he moved to School of Pharmaceutical Science, Osaka University from doctor's course and started researches on bacteria, a kind of microorganism. Thinking back now, that was the starting point in a sense. Though research on bacteria itself had started since 1800s, there had been no way to investigate even the ecology of familiar microorganisms until recently. Therefore, he had no choice but to develop a technology that enables to detect them. The days to pursue mysteries of life through bacteria from both fields of biology and informatics started.

"Just at that time, an article of total genome analysis of Haemophilus influenza was published for the first time, and I was deeply impressed by it. I had been working on researches related to molecule biology until that time, but I had a sudden flash that "I have no choice but to go for genome for the future" at that moment. Of course, in order to process huge amount of information, computer techniques are required. I could approach to the world of genome because I fortunately acquired the necessary techniques."

After years later, in the wake of mass infection of Escherichia coli O-157 occurred in Sakai City, Osaka in 1995, a genome project for this Escherichia coli was launched. As a member of the researchers, Kurokawa engaged in construction of the base of bioinformatics that had never established in Japan. "Because of the drastic advance of the performance of the device called 'sequencer' necessary for decoding DNA after 2004, obtaining huge number of genomes has become possible. Thanks to this device, we can investigate genes of many kinds of bacteria at a time unlike it used to be only one kind that is cultured at a time. "

Only one species of bacteria cannot survive alone. In whatever environment they live, they form a group of tens or hundreds of species. The idea of the "Metagenomics", the research Kurokawa is working on, is to analyze every single group of such bacteria. For example, 100 or even 300 kinds of bacteria are assumed to be living inside the intestine of human, and it has already reached the stage that everything including species, quantity and effects of the gene of those bacteria can be figured out. One of the final goals Kurokawa is aiming at is to complete the digital data of all microorganisms by proceeding with global scale mapping.

What kind of social benefits does genetic information bring? 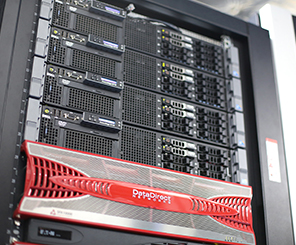 What is the role of the series of Kurokawa's researches in ELSI? The answer to the question is very clear.

"If we want to approach to the origin of life, we need to clarify how many organisms are living on the Earth at this moment. My stance is that tracing back history should follow after that. Thorough analysis and digitalization of microorganism living in every environment such as in human body or in nature is the starting point of contribution to various fields."

The research theme is so great and that's why a number of applications have been generated from obtained results. He gave us an interesting example.

"The smell in the room at rainy season is because of flying mold. Circulation of virus can cause hospital-acquired infection. These problems cannot be solved only by architectural technique, but can be fundamentally solved if genetic information of the microorganism is available. This kind of activities like 'Home Microbiome Project' has become increasingly popular in Western countries. I'm also looking if there is anything we can do by collaborating with housing manufactures or pharmaceutical companies."

Kurokawa believe that "Genetic information-based society" ,in which we can make use of genetic information derived from microorganism in various scenes of our society, will become one of national infrastructure in the future.

"Another thing I'm currently working on is the development of integrated database that enables to obtain necessary genetic information instantly. For example, it is development of a system that we have only to input searching key words such as 'hot spring bacteria" to search for relevant species when we want to study bacteria in hot springs. For this, we are proceeding with mapping processes in which we combine microorganism to relevant words one by one."

Kurokawa wants to add artificial intelligence technologies to the completed database to realize a system in which they have only to search microorganisms to write an article. Providing valuable information for everyone - the emergence of the big data must be also extremely valuable for ELSI where specialists of various field gathered.

"Biology is a world where there are still many fields remains unsolved and logic doesn't work. The knowledge we have now is everything. I think the most important thing above all is to make steady efforts such as gathering data and organizing them by association."

Longing to Reveal the First Organism 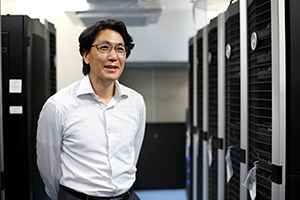 "'Single-Cell' is considered to be the most advanced technology in our research field at this time. In case of searching for human, it is possible to read genes and DNAs of a group of people as a whole by using metagenomic theory. However, it is not possible to decide if a gene is derived from male or female. Therefore, we have started a movement to try to do analysis of both individual and aggregation."

If we switch the target from human to microorganism, it will be more difficult for us to overcome technological challenges. On the other hand, various innovative technologies have been developed one after another in Western countries running ahead of us. Above all, the most important thing is to catch up with their level as soon as possible.

"If genomes can be analyzed by individual or by species, they can be utilized in a wide variety of businesses. Taking an example of cosmetics, the time will come when we can choose products fit to our own skin type to the level of genetic level. Manufacturers overseas have already started the development of such products."

Kurokawa, advocating his own theory as "Japan should put more emphasis on advanced researches.", places high expectation on ELSI where many distinguished researchers gathered from all around the world. He spends night and day devoting himself on construction of integrated database because he is confident that bioinformatics will be a bridge indispensable for investigating the origin of life.

"I want to trace back the flow of evolution and reveal the first microorganism born on the Earth. If the mysterious 'origin of bacteria' is unveiled, we will surely be able to see the origin beyond that."

Approaching to billions of years of mystery from a viewpoint of very tiny organism. The passion of Kurokawa is surely marking one step forward to future and distant past, respectively.