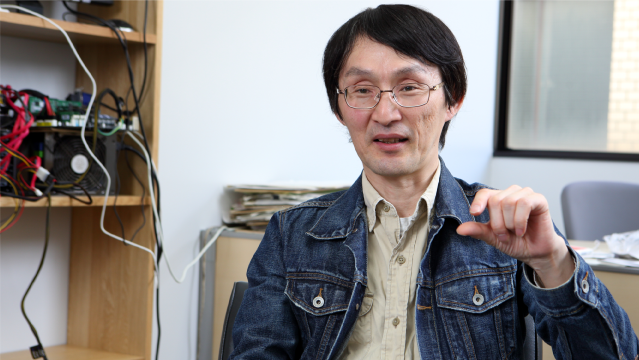 Challenging on Various Mysteries in Astronomy by Utilizing Supercomputer 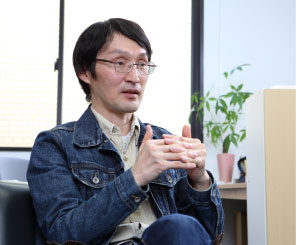 "Can you imagine how long does it take to calculate the convection flow in inner mantle? As a matter of fact, if you want to simulate it accurately, it takes as long as one hundred years even by using "K computer" that has computing speed of as fast as ten quadrillion times per second (10 PFLOPS)". What came out of Makino's mouth were mind-boggling numbers.

For example, supposing that we calculate seismic waves from now to the birth of the Earth by setting the time resolution where seismic wave simulation is possible, or conditions of the Earth every five minutes, as one step, we need to calculate nine hundred and sixty million steps. Since enormous amount of time is required even for only one step, it was estimated to require incredibly long time as much as one hundred years in total.

Makino, an expert on astronomy, mainly involves in computer simulation by using supercomputer, development of software for the simulation and researches on numerical calculation algorithms. His scope of research covers a wide range of fields from the level of the formation of the universe to researches utilizing molecular dynamics.

Furthermore, he is currently involving in the development of a successor to the "K computer" led by the Institute of Physical and Chemical Research.

"I would be happy if we come to be able to perform complex and large-scale simulations that could not be realized by existing supercomputers." 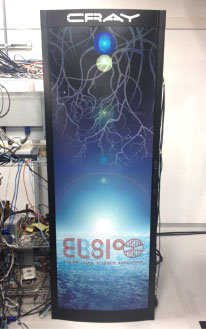 A supercomputer and a normal PC basically have the same components such as CPU and memory and the same principle of operation. Simply put, a supercomputer is a cluster of ten to one hundred thousands of PCs connected with each other by ultra-high speed communication lines. Therefore, if we want to accelerate its performance, in principle, we have only to improve the performance of each component while increasing the number of them as well as to increase the size and number of the communication lines. However, there is another issue to make it possible to perform more accurate simulations.

"During the past fifty years, computing speed of large-scale computers has become about one hundred times faster every ten years. On the other hand, there is speculation that the advance of semiconductor technologies may hit the peak within the coming decade. From such perspectives, there has been a move to try to build computers in creative ways from different perspectives in the future."

For the performance of supercomputer, we have set a target that we can make it possible to analyze with high accuracy what supercomputers in the past couldn't solve successfully. For the above-mentioned simulation of mantle convection flow, in order to improve the calculation accuracy, we need to model complex elements such as, for example, impact of submarine sediments carried by an oceanic plate submerged under a continental plate. Meanwhile, Makino points out that, even in researches on life, it is a big challenge as a research tool to enable quick and meticulous modeling of "behavior" of cell membrane and membrane protein.

"Even the special computer exclusively developed for simulations of proteins by a research group in the United States takes as long as one year to calculate for a period of 1 millisecond (1/1000 second). "K computer" will require one hundred times longer than that, that is one hundred years, for the same calculation. In order to realize faster and more accurate calculation while coping with such issues, we need to develop a computer reviewed from architecture of computer processor (processing unit). Based on this idea, we are now working on researches in collaboration with companies aiming at developing a next-generation computer equipped with architecture different from "K computer" or "TSUBAME"."

Dreaming of the Day When Human Will Meet Extraterrestrial Life 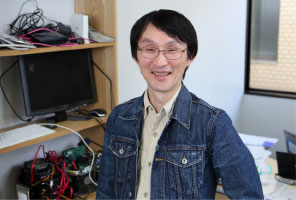 In addition to the purpose of searching for the origin of life on the Earth, ELSI is also looking to discover extraterrestrial life. Of course, Makino, an astronomer, is also paying attention to the theme.

"Since a planet outside of the solar system (an extrasolar planet) was first detected in 1992, more than one thousand of planets have been detected in the next twenty years. Most of them are gas-giants like Jupiter, but it is already known that so-called terrestrial planet that is composed of minerals also commonly exists in outer space. Therefore, it is necessary to analyze the conditions of the surface of such planets for the next step, and furthermore, to check if any life forms exist on the planet."

The research team of ELSI is currently working on spectroscopic observations by telescope as a method to learn the conditions and composition of the surface of a planet. The method aims at reconstructing the surface environment of a planet by measuring the brightness and reflectance of the target extrasolar planet and making graphs of it to the length of spectrum.

"It is still a long way off and remains a matter of imagination, but perhaps some life forms different from the life on the Earth may exist on a planet somewhere in outer space. If we can gain information of such extraterrestrial lives and artificially create them in a computer, our dreams about outer space will expand further."

Finally, Makino summed up his thoughts on ELSI and his own researches.

"In the field of research related to the formation and evolution of the Earth, Tokyo Tech is on the world's cutting edge, and it is also expected to yield substantial results regarding the ELSI's mission of searching for the origin of life. I think, however, we should put the first priority on spending five years or so for carrying out various simulations and creating models to examine course of action. Speeding up of computer should contribute significantly to create such models."