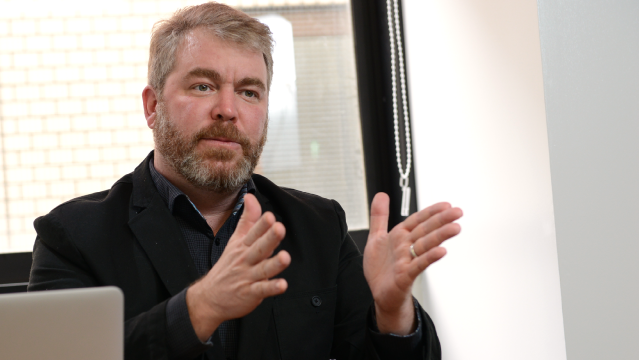 "Life" as an Important Component of the Earth System 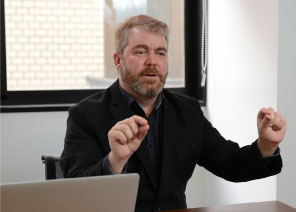 "All systems on the Earth are linked with each other by exchange of matter and energy. Therefore, it is natural to suppose that Earth and life are intimately connected."

The planet Earth is known to consist of several systems in the atmosphere, hydrosphere, lithosphere, mantle, core, and so on, but in recent years the biosphere is also considered to be one of these Earth-systems. Life thrives in an environment created by interaction between sunlight, water, atmosphere, and minerals on the surface, all of which come from Earth's interior. There are no rocks on Earth older than about 3,800 million years, suggesting extensive exchange of rocks between the surface and interior during the same time period as the origin of life. Life also produces minerals such as calcium carbonate in bones, apatite in teeth, and magnetite inside cells that helps some animals orient to the Earth's magnetic field that is produced in the core. Research teams at the Earth-Life Science Institute (ELSI), with ELSI Director Hirose as a core member, suppose that life on the Earth was created and has evolved together by the interaction of these systems, involving processes from the deep core, mantle, crust, ocean, atmosphere, and space environment.

"Every substance including organisms consists of atoms. Some of these atoms once interacted directly with atoms in the core and deep mantle, they all come from the same source: dust and gas that once orbited the young Sun about 4,600 million years ago. Similarly, the air you are breathing, or water in your mouth at this moment, contain atoms from a comet that once orbited the outer solar system more than 4,000 million years ago. In this way, we view that the background of the creation of life on the Earth is deeply linked with material exchange in the universe." 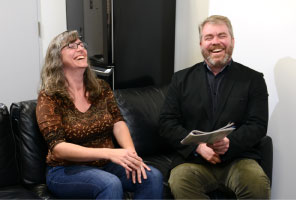 In the various research areas of ELSI, John's position belongs to the category of "Deep Earth Science." In this category, John directs the following three projects.

In the first project, he is working hard to reveal the initial state of the evolution of the Earth. At the initial stage of the formation of the Earth, asteroids and meteors were thought to accumulate after repeated impacts to the primitive Earth, and the Moon was generated by the impact of a primitive planet almost as large as Mars (Giant Impact) in the final stage of formation. However, it has yet to be revealed how the temperature or the geomagnetism of the Earth has evolved as a legacy of these early events. Therefore, if the changes from the early Earth are revealed, it will be easier to advance the modeling that integrates the entire Earth system, including those critical for origin of life.

The purpose of the second project is to investigate the geological structure of the core-mantle boundary zone. At present, almost no trail of the Hadean Eon (3,800-4,600 million years old) remains on the surface of the Earth. In order to reveal the conditions of the early Earth, he is working on investigating the geological structure focusing on the rocks that would that sunk down into the deep Earth and which preserve the history of the Hadean. Specifically, he is doing research such as three-dimensional estimation of the structure of the propagation velocity of seismic waves in the Earth interior by using seismic wave tomography, cooperating with seismologists all around the world and Christine Houser, a member of ELSI.

"Of course, I collaborate with Director Hirose's research group using "diamond anvil cell," a high pressure and high temperature experimental apparatus. Accumulated information will be integrated into my evolution model. The key point of my research is to connect all the information and establish new theories for understanding Earth."

And, the third project is aiming at clarifying the igneous activities in the Hadean Eon. The major material exchanges between the ancient Earth's interior and surface environment includes volcanic explosions and gas emissions. These have a direct relationship with conditions in the ancient mantle. However, since the modeling approach until now has been very rough and extremely simplified, it falls short of understanding of the early Earth. In order to compare the early Earth and the present Earth, John, in cooperation with new members of ELSI, is conducting modeling and simulations that connects dynamics of mantle and generation and composition of magma.

The center axis of John's research is the above three projects, but there is one more important mission to remember.

"We are doing international recruitment activities targeting the world's leading researchers and promising young researchers. Furthermore, we are also working hard every day on PR activities to let every university and research institute around the world know that the research in ELSI is innovative and cutting-edge. The environment of ELSI that enables interdisciplinary research is exactly the key factor to solve the mysteries of the Earth and life." 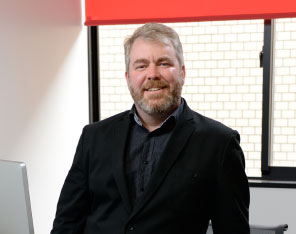 John thinks that unraveling the internal structure of the early Earth will eventually connect to other research and become an important clue to the creation of life. His biggest interest is in getting close to the truth whether the "creation of life" is a special event or a usual event in the universe. Therefore, John involves in research fields from the Earth's interior, the area from the surface of the Earth to the center of the core, to all areas in the solar system in which the Earth system exchanges materials and energy, which covers an extremely wide range for a researcher.

John is working on ambitious themes through ELSI by making utmost use of his knowledge and personal connections. What kind of thoughts does he have for ELSI?

"ELSI is a newborn institution. While it is highly expected as part of WPI Program by MEXT, it is necessary for us to become an international center of excellence and make every effort not to fall into closed circumstances, as many Japanese research institutions did in the past. There is no specific prescription for it. It is a very difficult problem to solve, but I want to achieve it by all means."