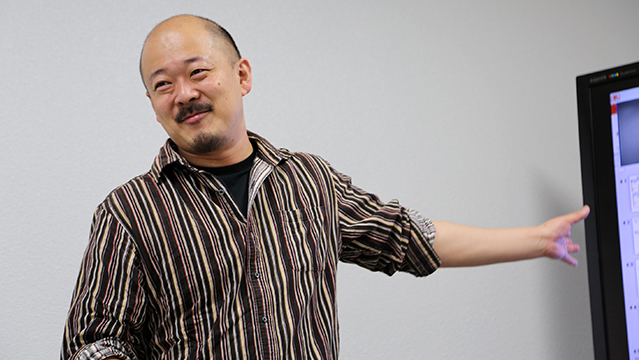 Approaching to “Life that Could Have Existed“

Is Life on Earth a Product of Chance? 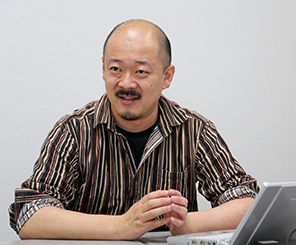 "Life on Earth has become what it is now by way of evolution only once after its birth. For example, for the question 'Why hands and toes of human have five fingers?', they say that signs still remain in fossils that eight-finger animals once existed in the past as one of animals evolved from fish and colonized on land. Thus, among various theories, it is highly possible that 'the organisms survived on land after landing from the sea in the process of evolution just happened to have five fingers.' If the creature was eight-finger, life forms that has come to have intelligence like our human beings might be eight-finger."

Kiga speaks with a wicked smile on his face. This kind of "numbers of life decided by chance" is not only the case with fingers and toes. If we broaden our view, it can be applied to the characteristics of proteins and DNAs that control the life of organisms.

It was revealed that all organisms on Earth, with very limited exception, have common genetic code table with 4 bases of nucleic acid that compose DNA and RNA carrying genetic information and 20 amino acids that compose protein as the base of vital activities. However, when we consider if this characteristic is fundamentally essential, it is not always so. Actually, as for bases, a Japan-US research group succeeded to incorporate a nucleic acid that has 6 bases in the genetic code table. On the other hand, as for amino acids, Kiga himself changed the number of amino acids in genetic code table to 16 or 21.

"Since various genetic code tables with various numbers of amino acids were made, it became evident that the "4" and "20" are common characteristics but not essential ones. It just happened to be "4" and "20", and perhaps different systems or lives with different number of bases or amino acids might have been born." 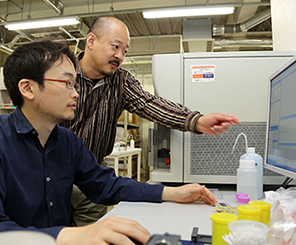 Synthetic biology that Kiga undertakes is biology for "production" to combine biomolecules as research means. Biology has originally developed mainly through "observation". However, as details of genetic information (genome) of various organisms were thoroughly studied, it has been revealed that approaches through only "observation" will give limited understandings of organisms. Therefore, biology for "production", or synthetic biology, was developed as a method to take one step forward.

The significance of the "production" approach by synthetic biology can be roughly classified into three categories. When you hear the word "production", you might have an impression that something useful is to be produced. However, "production of life with additional function" for drug production and so on has an engineering meaning only. Production has also two physical meanings. "To verify if a hypothesis of a life system is true or not" is one of them. Regarding the elements that compose life systems, limited characteristics of each molecule or one-to-one interaction have been observed. However, since essentials are not necessarily observed, the hypothesis deduced from the observation cannot be verified unless the system is actually constructed. The other physical meaning is important to ELSI. That is to "produce a live that could have existed". In fact, as we mentioned that "4" and "20" are not essential and the number of types of amino acids in genetic code can be changed to "16" or "21", pursuing the "life that could have existed" is what exactly lead to the objective of ELSI "Searching for the origin of life over the missing links that cannot be found through the observation of present organism. "

"The reason of the superiority of organisms is that they can produce the constituent material of themselves from scratch", he continues. The present ecological system on Earth have a system that produce more complicated organics when a organism introduce molecules having one or two carbon atoms, based on the molecule energy provided geochemically or by sunlight. Moreover, every organism that composes ecological system supports the system by having a system that can produce DNAs or proteins or complicated polymers contain many carbons. Revealing those production systems has an important meaning in terms of understanding of the origin of life.

"I definitely want to reveal how reactions were effectively catalyzed and the system of production of molecules that life needs and how the main players act as catalyst in such system was switched to protein enzymes used by organisms of present-day from inorganics that is not the lives of present-day in the process of appearance and evolution of life through collaborative researches with the groups of Earth Science or Chemical Evolution in ELSI."

Trying to "Produce" a Life Before a Common Ancestor

When we trace the roots of Kiga's becoming interested in organisms, we arrive at an unexpected fact. They were fantastic tools appear in two stories in the comic "Doraemon".

"One is 'Ikiatari-battari-saikin-maker' (Willy-nilly bacteria maker), and the other is 'Tenkyu-gi' (Celestial globe). The former one is an experiment device to produce a new kind of bacteria, but it is hard to produce a bacteria as you wish because it is 'willy-nilly' (laughter). We can design various ones now by making use of genetic network design method, another research I'm working on.

On the other hand, in the 'Tenkyu-gi', each planet is made as microcopy that looks just like the real one, and there are ultra-micro mini robots in the planets where there are organisms. In the story, you can look into it by an instrument like a microscope or go there by a special space ship, and the punch line of is excellent. In a planet looks just the same as Earth, everything is opposite to the real one, for example, 'Nobita, a gifted girl'. I was considerably shocked when I first read this story and think 'It might be nice if there are some different forms of organisms.' I think that might be the trigger to open my eyes to biology." 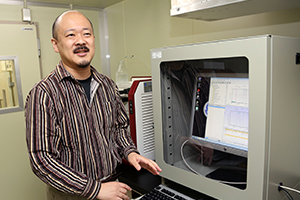 Kiga, now a front-runner in the field of synthetic biology, is also struggling to shed light on the origin and possibility of life every day and night as a member of ELSI. Especially, regarding the challenge of DNA sequencing of a common ancestor of organisms, many previous studies have been done so far by biologists. However, nobody has stepped into the earlier stage than that. Kiga is thinking of seeking the possibility of "life that could have existed" before the common ancestor.

"Many researchers believe that there was an era that the 20 amino acids, which compose proteins that is important as catalysts, used to be 19, and that there might be only 12. For exploring this more deeply, I think it would be better for us to proceed with researches focusing on essential parts such as 'How did they gain and preserve energy?' or 'How did they create proteins?' Not only for gaining and preservation of energy, but also for the issues of types of amino acids in early proteins, it is essential to obtain information regarding the environment of the early Earth at the time around the appearance of life. In ELSI, we can share information directly with specialist of Earth and Planetary Science or Chemical Evolution, and this will give us great meaning in the progress of our research in the future."