Carbon is transported from Earth's surface to the mantle where the oceanic crust subducts beneath continental crust. Scientists discovered a significant amount of carbon bypasses this route, altering long-term estimates for Earth's global carbon budget. 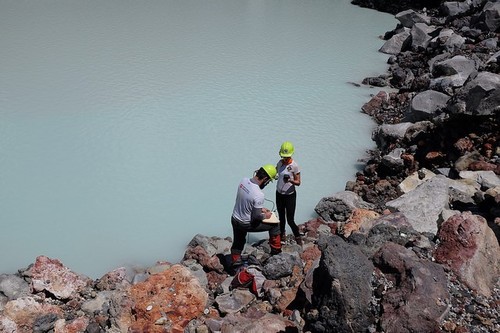 An international and interdisciplinary team with members from Costa Rica, Iceland, Italy, Japan, the US, the UK, and Turkey, including several from the Earth-Life Science Institute (ELSI) at Tokyo Institute of Technology, and the ELSI Origins Network, have reported new estimates for the amount of carbon cycling on a global scale between Earth's crust and mantle. The efficiency of this transfer has profound implications for Earth's deep mantle and shallow crust, and the proportions of carbon being routed through this mechanism were previously poorly understood. The new finding lowers estimates for the efficiency of carbon subduction by 20% and has important implications for understanding Earth's past and present climate.

Subduction zones occur where two crustal plates collide and the denser plate sinks, transporting material from Earth's surface to its interior. The process of subduction creates deep-sea trenches where one plate slips under the other, and chains of volcanoes that pop up through the upper plate as the denser plate material melts and rises to the surface. Such volcanoes dot the edges of Earth's continental plate margins, such as those in Japan and South and Central America. As it melts, this rock made of marine sediment, oceanic crust and mantle rocks, releases much of the water and CO2 it contains, which is then expelled through arc volcanoes. Thus, carbon from the deep Earth and ocean is recycled back to the atmosphere from the subducted material. The core, mantle, and crust contain about 90% of Earth's carbon, with the remaining 10% contained in the oceans, the biosphere, and the atmosphere. Subduction zones are thus an important point of carbon exchange and recycling between Earth's surface and interior. Scientists would like to understand how the amount of carbon in Earth's various reservoirs changes over time, and knowing the efficiency of recycling between these reservoirs is paramount in understanding one of the key processes in recycling Earth's carbon and regulating climate change over millions of years.

While the amount of carbon coming out of volcanoes has been investigated extensively, the amount which escapes the melting rock but gets trapped in the overlying plate, the so-called forearc, has received much less attention. Previous studies in Costa Rica reported low CO2 flux in the forearc, with less than 1% of the subducted carbon exiting through volcanoes. The new study, published in the journal Nature, estimates that about 94 percent of the subducted carbon is deposited as calcium carbonate and microbial biomass in the forearc subsurface. This would mean that about 100 times more carbon remains in the forearc than previously thought.

The scientists were able to determine how much carbon needed to be accounted for by measuring the ratios of two types of carbon isotopes (atoms of the same element which differ in the number of neutrons in their nucleus), carbon-12and carbon-13 in samples from various sites in the subduction zone. By combining data integrated over a large study area, they were able to show that trends in the composition of carbon followed a gradient from the trench to the forearc to the volcanic arc, and that these trends were created by a mix of geological and biological processes.

Importantly, the team found that subsurface microbes consume some of this carbon, and also help convert some of the carbon into carbon-bearing minerals, thus playing a fundamental role in how carbon and other elements become trapped in the crust. This is the first evidence that life plays a role in removing carbon from subduction zones. In effect, microbes are a natural CO2 sequestration process which helps control the availability of carbon on Earth's surface, and influences climate over long time periods. According to co-author Donato Giovannelli, formerly of ELSI and now an Assistant Professor at University of Naples Federico II, "There are likely even more ways that biology has an outsized impact on geology, we just haven't discovered them yet."

Carbon subducted into the mantle also plays an important role in regulating the redox state of the Earth's surface, and the estimated carbon mass balance for the Costa Rican study provides new insights into this process. Redox, short for "reduction-oxidation" is way scientists tally the net abundance of electrons in rocks, especially as measured in the ratios of various forms of iron. These ratios help govern what kind of gases emanate from submarine volcanoes, and how oxygen behaves on Earth's surface. Scientists believe the angle at which plates subduct plays an important part in determining how efficiently carbon can be carried to the mantle, with carbon escaping more easily at low angles, and being taken into the mantle more with higher angle subduction. In fact, there is evidence the average angle has changed a good deal over Earth's history. This is especially important for the period ~2.5-3.0 billion years ago, when the oceanic crust was subducted at very low angles, and when there was a marked rise in the amount of oxygen in Earth's atmosphere. The new study provides another twist in the story of this so-called Great Oxidation Event, which ultimately resulted in the atmosphere we are able to breathe today.

The international interdisciplinary effort included geologists, biologists, and geochemists, funded both privately (by the Sloan Foundation's Deep Carbon Observatory and the John Templeton Foundation) and American, Japanese and Turkish government funding, working together to help disentangle the subsurface processes. The researchers now plan to investigate other regions to see if these biological and geochemical processes occurring globally. "Coordinating such a large team, both in the field and with follow up analysis and integration was definitely a challenge," said Assistant Professor Mayuko Nakagawa of ELSI, who helped analyze the isotope data. "The communication among the different disciplines, each with their own jargon was also challenging, and it took us a long time to find common ways of integrating our results and ideas. In the end, the effort paid off, though, the results are extremely exciting, and open up new research directions." 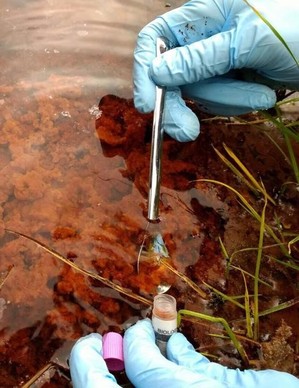 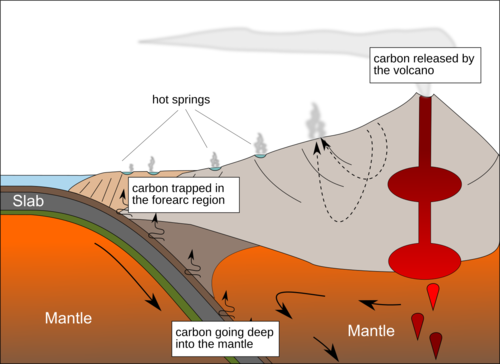 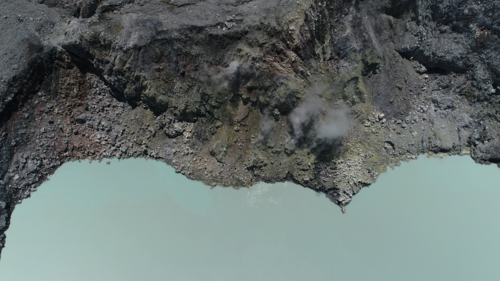