President Yoshinao Mishima -- The Man Behind The Rise of the The Earth-Life Science Institute (ELSI). 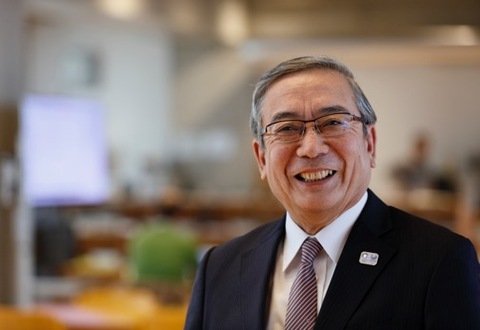 Tokyo Institute of Technology President Yoshinao Mishima has been a strong advocate for the Earth-Life Science Institute throughout his six-year term.

During the time in late 2012 when Yoshinao Mishima was on his way to become the new president of the Tokyo Institute of Technology, the final push was also underway to convince officials of the World Premier International Research Center Initiative that an origin of Earth and origin of life institute should rise on the campus.

The two efforts converged when the newly-selected Mishima set out to perform his first official duty as the newly-elected president: he would make the case to the WPI that the institute, which would become known as the Earth-Life Science Institute or ELSI, was exactly the kind of pioneering enterprise that they should support.

"My address to the (WPI) program committee was literally the first thing I did formally as president," Mishima said recently. "And I was very glad to do it because I was 100 percent behind the idea."

Since that time, Mishima has played a central, if not always visible role in supporting and promoting ELSI.

He succeeded, for instance, in securing $20 million to construct the Yoshiharu Tsukamoto Laboratory designed ELSI building, and he has been a consistent advocate for ELSI at the WPI. And five years later, among his last duties as president, he said, will be working to convince his successor that aggressive support for ELSI is in Tokyo Tech's best interests.

ELSI vice director John Hernlund, who has worked a great deal with Mishima, said that the president was essential to the survival and growth of ELSI.

"The fact is that he sheparded us through the rough times, the start phase. He was amazing to us. There were so many times when things could have fallen fully apart and he saved us."

Mishima is not someone for whom an international origins of Earth and life institute would, at first glance, appear to be a high priority. His background is in materials science, perhaps the most applied of sciences. His last published article before becoming president was titled "Electron Diffraction Study on the Crystal Structure of a Ternary Intermetallic Compound Co3AICx."

What is studied at ELSI may someday have some practical use, but that is hardly the point of the enterprise.

But Mishima does have a strong background in interdisciplinary science - running two non-traditional institutes at Toyko Tech before becoming president. He was also dean of the Interdisciplinary Graduate School of Science and Engineering.

What's more, he received his PhD at the University of California, Berkeley, and so was exposed early to less traditional approaches to education. 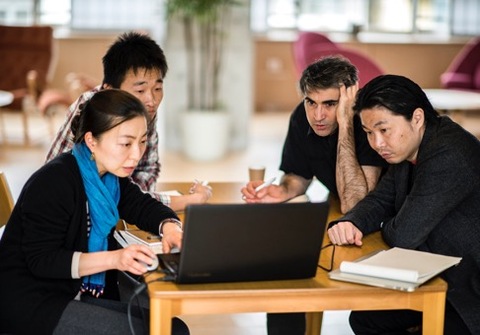 So actually, thinking about how and why Japanese approaches to science might need to change is hardly new for him.

"The level of science in Japan is very high, especially in areas like material science, physics, mathematics, robotics and information science," he said.

"Since 100 years ago, the Japanese education system has been pretty good and has made space for researchers to concentrate in their own field. The idea was always to go deeper and deeper into things; narrow but deep."

"However, once we start talking about scientific fusion or interdisciplinary work, Japanese scientists have not done so well. They try to live in their own fields. The idea, for instance, of combining earth sciences, chemistry and biology to make astrobiology is very hard for Japanese to get comfortable with."

"But that is a very important direction that world-class science is going - becoming more interdisciplinary. In the 21st century, this is the kind of scientific foundation we need. We've needed something new - physicists and engineers and maybe life scientists getting together to produce innovation."

He also said that his university and others in Japan have had essentially the same governing rules for the past over 100 years. It's time for change, he thinks, and ELSI can and should be something of a lever and model for different future.

One of the policies he thinks isn't working is that the dean of each department has traditionally been responsible for hiring in the department, a system that he says has kept change at bay. "Some professors in particular don't want change, and this has been an area of some conflict during my tenure. But I think we have made progress. These are logical people and when we can explain what we are doing and why, they can see the reasons."

Of the many signs of Mishima's support for ELSI, none is perhaps as striking as his (kept) promise to hire ELSI investigators as full-time Tokyo Tech tenured staff, and to similarly support a small cadre of less senior researchers.

As the population shrinks in Japan as a whole and on Japanese campuses, tenured positions are especially precious and usually controlled by the deans of various departments. But Mishima was willing and able to wrest away those four slots (with more to come) and to award them to ELSI scientists.

"This is extraordinary," said McGlynn, who is one of those ELSI researchers now tenured at Tokyo Tech. "This was the work of Mishima and it is a very, very strong indication of how much he wants ELSI to succeed and last." 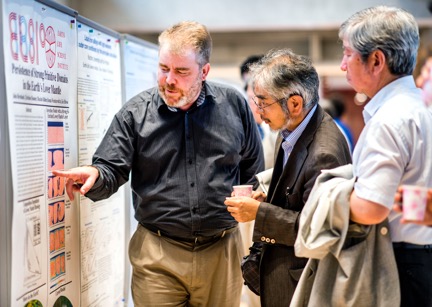 Geophysical modeller John Hernlund, a vice-director of ELSI, is one of the institute scientists with a Tokyo Institute of Technology professorship. Here he is at a poster session at ELSI. (Nerissa Escanlar)

That was very much the message that Mishima says he gave to the WPI program committee in September at what will be his last formal meeting with them. He said that ELSI should have the opportunity to grow and become an indespensable part of Tokyo Tech.

Under WPI rules, each of the nine institutes that have been established receives the 10-year guarantee of substantial support, and an opportunity to convince the WPI that their funding should be continued. So far only one WPI program --- The Kavli Institute for the Physics and Mathematics of the Universe (Kavli IPMU) at the University of Tokyo - has received an extension, and the others have to depend on future funding largely from their supporting university.

Mishima said that ELSI and Tokyo Tech will make their case to the WPI for an extension in two years, at which point there will be 2.5 years left on the initial grant. Despite the track record of other WPI institutes, he sees ELSI as a good candidate for a 5-year extension.

Clearly, one of the many factors that led to the WPI extention of University of Tokyo's Kavli IPMU is precisely that the Kavli Foundation came in as a partner. Securing outside contributions is one of the criteria used to determine whether the WPI will continue with its own funding of the institutes it selected.

The future of ELSI will also depend to some extent on the enthusiasm that his successor shows for the institute. Mishima will step down in March and his replacement is being selected this fall.

Mishima said that a basic commitment to ELSI already exists, and that he expects that any successor will want to continue it. But beyond a commitment to continuing the institute - which was a WPI initial requirement - Mishima wants ELSI to grow, to expand.

ELSI director Kei Hirose has been in on scores of meetings with Mishima and agrees that the president has been a constant and forceful ally.

"Mishima-san had a very good experience when he was a doctoral student at (the University of California,) Berkeley, and he has been trying to make Tokyo Tech similar to Berkeley," Hirose said. "He believes that globalization must occur at Tokyo Tech otherwise our presence in the world becomes less and less." 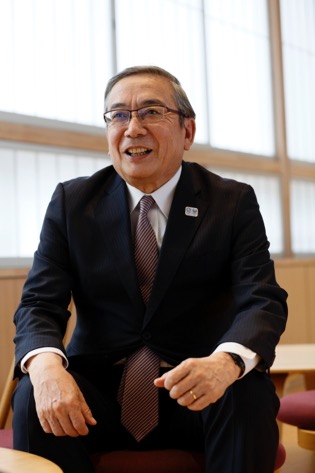 In keeping with his globalization initiative, Mishima has also won places on his campus for the Japanese government's Top Global Universities program, which funds exchange programs with prominent universities around the world and prepares local students for globalization.

While clearly an advocate for globalization, Mishima describes his dedication to the talent and expertise that already exists on campus and says he wants to "protect" it.

"We will keep those scientists who really like working deeply in the areas that interest them. And I'm not saying that innovation is more important than fundamental research. We have to protect the basic science people while also making room for more innovation research."

"But ELSI is succeeding and it distinguishes us in Japan and around the world," he said. "Many international scientists work here and collaborate here, and hundreds of visiting scientists come, too."

"I think it's fair to say that ELSI is a model for what I've tried to put in place across the campus."